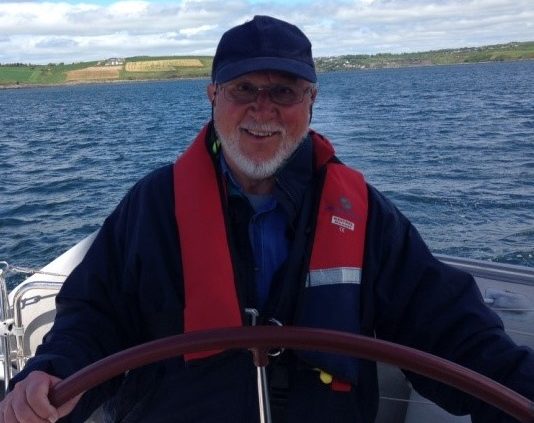 I contemplated where a good place to start would be for CBS Precast’s first proper blog posting.  I had a few ideas, however came to the conclusion that I should talk to the boss and find out how it all started.

So who is the boss?  He is Mr Alan Webb, a Chartered Structural Engineer who has been self-employed since the 1970s.  He was acting as a consultant to various companies in pre-stressed concrete, and this ultimately lead to the creation of CBS Precast in 1991. CBS offers the design, supply and installation of precast products.  The name was developed along with Alan’s idea to offer a complete construction package. It stands for Complete Building Solutions, and this was subsequently shortened to CBS.  The company now offers a wide range of products including, Beam and Block Flooring, Hollowcore Flooring, Solid Plank Flooring, Staircases, Twin-Walling System and Agricultural Panels, so the ‘Complete Building Solution’ is now more ‘complete’.

CBS has steadily grown into a successful business, from starting off with one solitary man, to now having over 20 members of staff.  Many members of the staff have been here for years. For example one of the estimators, Mike, is the longest serving resident at 13 years.  The company recently moved the office into a new building in Clevedon; this gives more opportunity for continued expansion.

Much of CBS’s business is concentrated on care homes, schools and hotels.  During 2008-2013 when the UK was struggling with economic recession, this was a difficult time for the construction industry as you probably remember.  CBS was carefully managed which allowed the company to exit the recession stronger than it entered it.  The increase in demand for care homes was a major factor in the company’s strength during this time.  Since then CBS has been able to handle the rapid growth in the industry through yet more careful management.

Although Alan is still proudly at the forefront of the company at the moment, he does plan to have a go at his retirement soon so he can spend more time sailing.  To achieve this, the management team has been strengthened over the past 4 years. Son-in-law, Chris Bailey will gradually be taking more control.  Of course Alan will always be in the background sticking his oar in though!

I hope this brief history of this business has been of some interest and check back soon for more news!

Want to join the discussion?
Feel free to contribute!

Another Successful Installation!
Scroll to top